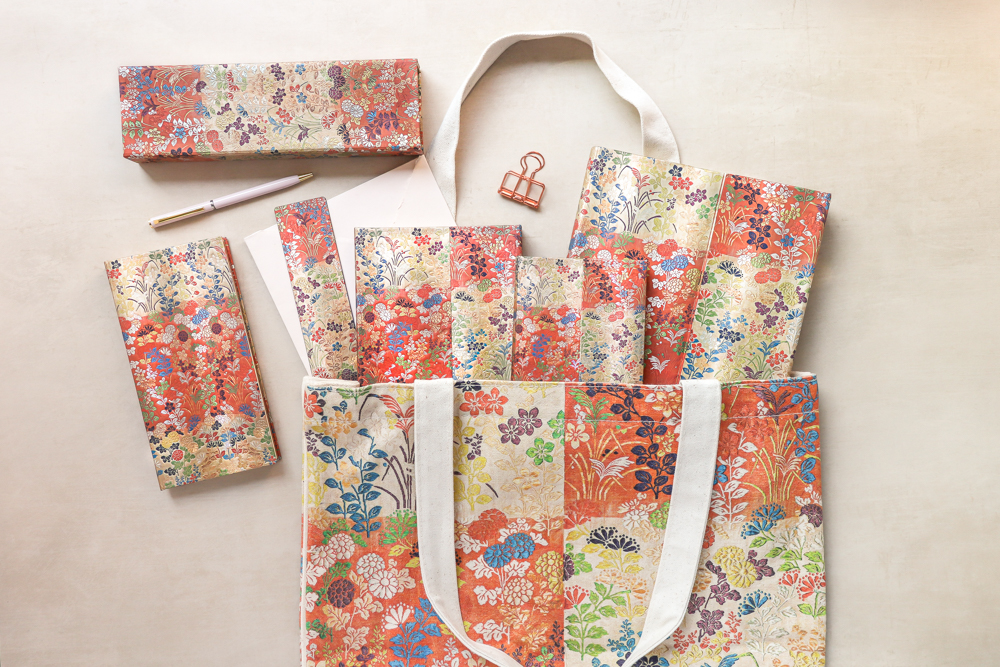 Originally designed as a costume for the theatrical style known as Noh, our Kara-ori pattern leaves little doubt why Noh is derived from the words for “skill” and “talent.” With silk and gold lacquered stripes, this is one of the best examples of Japanese textile design we have found. It comes from the Edo period (1615–1868) when Noh theatre, known for the sumptuousness of its costumes, was at its height.

The term karaori, for which this design is named, refers specifically to the exquisitely embroidered traditional woman’s kimono like the one reproduced here.

Karaori are regarded as some of the most beautiful theatrical costumes in the world, thanks in part to the Japanese aristocracy’s embrace of the theatre style – as both viewers and performers.

By the Meiji period (1868–1912) Noh had reached such heights that it was introduced overseas, influencing artists far and wide, from William Butler Yeats to David Byrne of Talking Heads.

Kara-ori is now available as an ultra, midi, slim and mini hardcover journal, as well as a pencil case, bookmark, canvas bag and washi tape.

Robyn @ Paperblanks - March 8, 2016 0
Emergence: The Dance of Life Whether from featureless egg to finned glory, or limbless larvae to winged fancy, all beings must emerge and transform during...