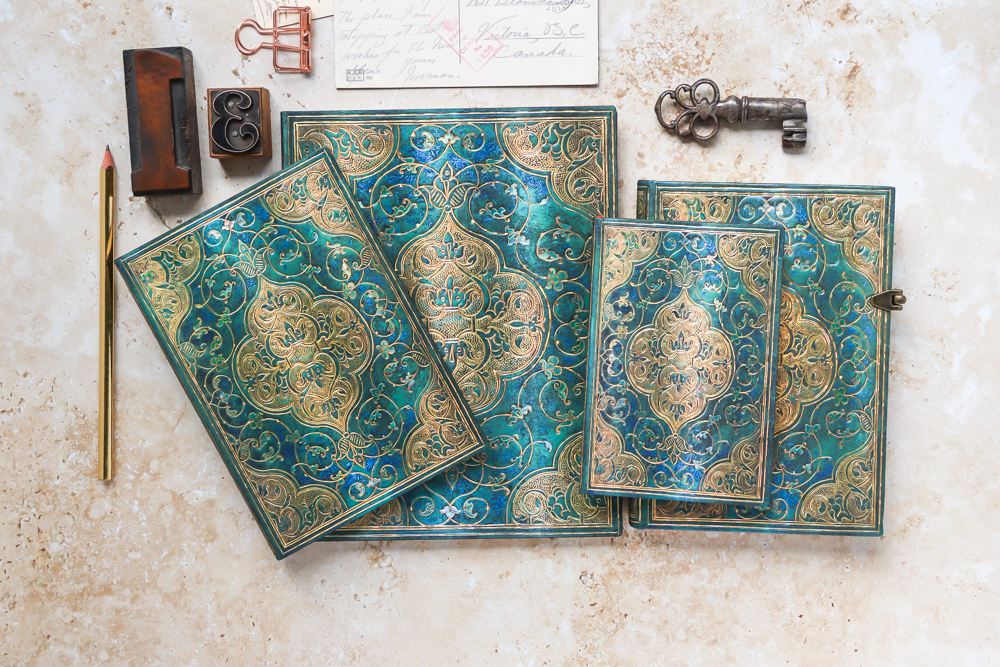 The design reproduced on our Turquoise Chronicles cover originally hails from the Salel Binder in Paris. The book was published in the early 16th century, when Paris was a flourishing centre of the publishing trade.

Turquoise Chronicles features an especially fine example of French gold tooling. Formed in a graceful, flowing ornament of interlaced arabesques and delicate dots, it shows hints of its Eastern influences and of the decorative styles that would soon emerge in the ateliers of other French binders.

Turquoise Chronicles was originally released in Summer 2018 as a hardcover journal, and in addition to this new softcover Flexi notebook, the series also includes a guest book and address book.

Laura @ Paperblanks - November 11, 2022 0
In celebration of our 30th anniversary, we're shining a light on our sleek and subtle notebook brand, Paper-Oh. Created by the same design team behind...