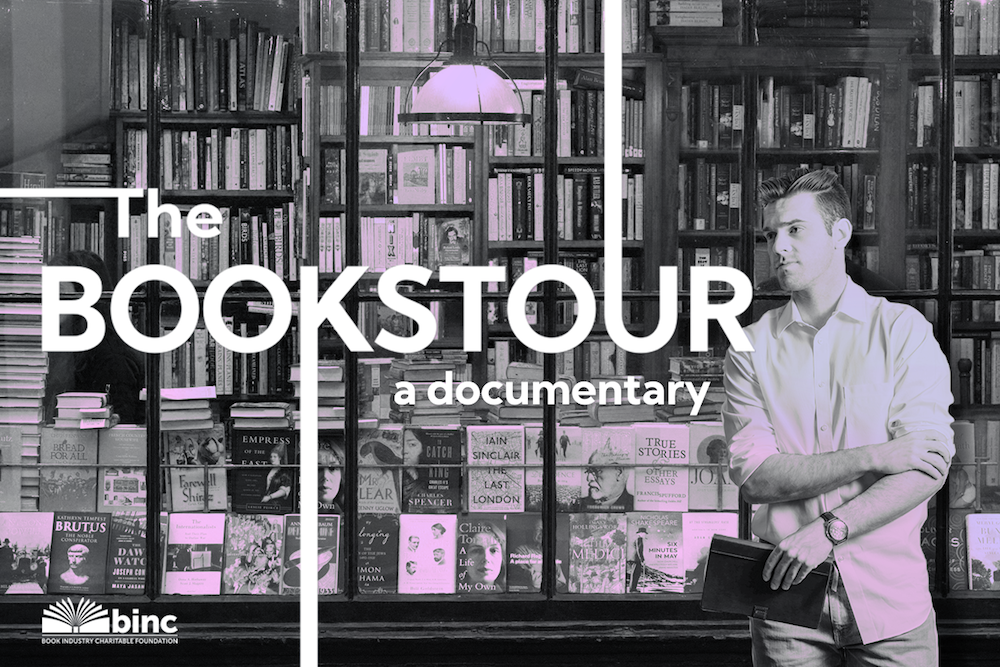 There’s a certain element of comfort in spending an afternoon at a bookstore: sitting in the cozy armchairs, finding treasures in the special collections section, connecting with people from the neighbourhood or from afar, seeing young readers discovering the magic of stories, and petting the bookstore cat if there is one. As publishers, we understand the important role that bookstores play in our neighbourhoods. More than just a retail shop, they are hubs of knowledge and cultural activity – an integral part of our community. Unfortunately, even before Covid, many independent bookstores have been struggling to stay afloat.

This week we bring you the story of The Bookstour, a 30-minute documentary on how a road trip forever changed an author’s perspective, and his quest to raise money for independent bookstores.

It all began in the summer of 2019 when Indiana-based self-published author Mason Engel took a road trip to visit the most unique independent bookstores around the United States. In a 50-day road trip from Indiana to California and back, he visited 50 indie bookstores with the purpose of promoting his self-published book. Before the road trip he had intended to promote his novel on Amazon, but he soon realized independent bookstores had something priceless the online giant could never offer.

“Only after getting back home did I realize how insensitive that was,” writes Mason on his website. “I’d visited bookstore after bookstore, asking each one to promote a novel that was available only through their direct competitor: Amazon. And yet, all the booksellers I talked to were exceedingly kind. This, I decided, was an industry I wanted to learn more about.”

With that, Mason planned to do a second cross-country road trip, but this time it wouldn’t be about him. It would be about the bookstores. And so, the idea for The Bookstour was born: a love letter to independent bookstores in the form of a documentary.

Right before Mason was about to start the road trip around the East Coast, Covid hit the U.S. At first Mason thought it would be the death of the project, but he soon realized that indie bookstores would need support now more than ever. So, he modified the logistics and went ahead with the project.

Every Indie Store Is Unique

“I didn’t have much of a plan when we first started the trip,” says Mason. “I had the logistics taken care of – filming times, accommodations, etc. – but the narrative of the film wasn’t yet clear to me. All I knew was that I wanted to answer one big question: Why should people shop at an indie bookstore?” After thoughtful interviews with more than 30 booksellers across the East Coast, Mason found the answer to his question, and he shares that unexpected answer in his film.

While we know it’s hard to pick a favourite, we asked Mason if there’s a bookstore that occupies a special place in his heart. “I don’t have an overall favourite,” says Mason over email, “but I will give you some category winners. Best music playlist: Books Are Magic in Brooklyn. Best location: Faulkner House in New Orleans (William Faulkner actually lived in the room where the bookstore is). Best storefront: Lemuria in Jackson, Mississippi. Best history: Talking Leaves in Buffalo (great origin story for the name and super interesting ties to the literary scene in Buffalo). I could go on until I had listed every store we visited, because each one was the best in at least one category. I’d always heard people say that every indie store is unique, but on this trip, I finally started to believe it.”

The film will be released in mid-July, and in an effort to keep helping support independent bookstores, 100% of proceeds from the film’s pre-orders will go to the Book Industry Charitable Foundation (BINC), a non-profit dedicated to assisting booksellers experiencing unexpected financial crises. In 2020 between mid-April and June alone, BINC distributed $2.7 million to store owners and employees in need.

We asked Mason what the most rewarding aspect of this project has been. “The most rewarding part of the project was interviewing the team at BINC,” he says. “We got to the BINC headquarters in Ann Arbor at the very end of our trip, and by then we had interviewed almost 30 booksellers about the Foundation’s work. Store after store, I would listen to booksellers rave about how great the team was and how much good they were doing. There were some tears. And then, after all these gratitude-filled conversations, we got to talk to BINC’s leaders. When I heard the same emotion in their voices as I had in the voices of the booksellers, I knew this was an organization we had to support.”

If you want to learn more about The Bookstour or pre-order a copy of the film, please go to www.thebookstourfilm.com. Click here to watch the trailer.

#Amys30: We Pay Tribute to Amy Winehouse This Weekend

Robyn @ Paperblanks - September 12, 2013 0
"We’d love it if you could help us celebrate Amy’s birthday. Together, we can change the lives of so many disadvantaged young people for...