This week we had the pleasure of getting to know Swedish writer and photographer, Maria-Thérèse Sommar. She is one of the proud winners of the NaNoWriMo writing challenge, and is now a published author!

We had the chance to ask her how she tackled the 30-day deadline and her tips on the writing process, from coping with distractions to scheduling her time, as well as advice for anyone inspired to take on the challenge! It’s not too late!

A Little Bit About Maria-Thérèse

“Don’t be so negative! Things can always get worse.” (Bodil Malmsten) 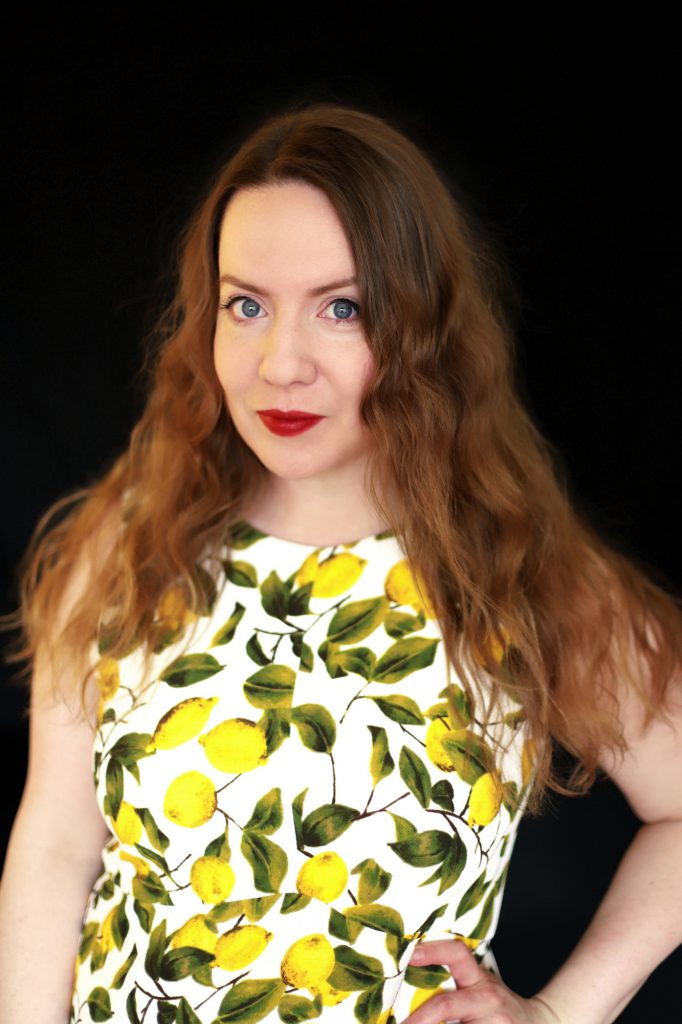 Congratulations on your NaNoWriMo success! How did it feel when you found out you were going to be a published author?

Thank you! It felt right and surreal at the same time, because it happened so quickly and I was prepared for a “no.” My novel is about an 83-year-old woman named Asta Svensson who has just killed a man. She never meant to kill him, just a little bit (he’s a really bad guy). So, she has to escape from the care facility where she’s been locked up against her will, and on her way out of Sweden she runs into other obstacles in the form of morons.

When and how did you first come up with the idea for your story?

Right before I wrote it. I wanted to write a story about an elderly woman who is active, deals with things her own way (which is rather violent, but she does what she has to), has a lover, welcomes friends of all sexualities, is curious about technology and vegan food, and has a young, non-binary hacker friend. Basically, a woman who resembles the strong women I know who are in their eighties (except they don’t go around killing people). These women exist in real life, but are outrageously underrepresented – if at all – as main characters of literature and movies. I also wanted to write something funny, but not trivial, and aimed for a dark and drastic sense of humour.

Can you describe your writing process, and has your story turned out differently than you thought it would?

I wrote like a maniac since I started one week into the NaNoWriMo challenge and was determined to finish on time. The story turned out like I thought it would, for the most part, but I was sometimes surprised when a new character or situation popped into my head and demanded to be included. 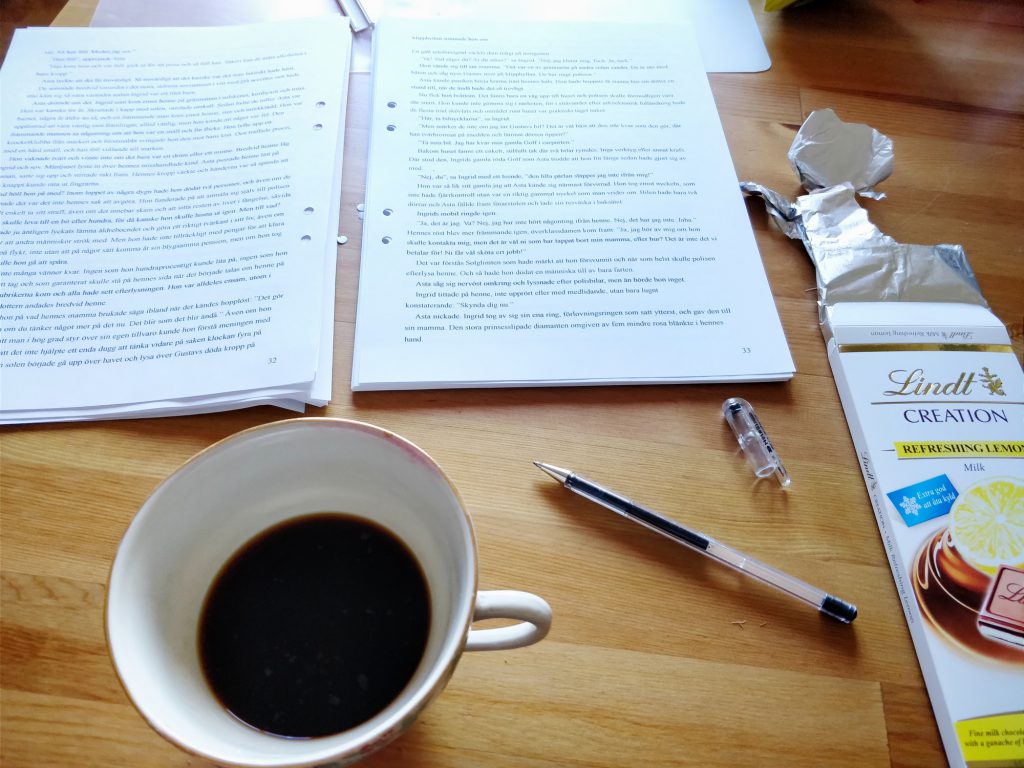 Is this the first time you have tried NaNoWriMo/written a novel?

No, I think it was my third time. My very first attempt is an unpublished novel about grief, loss and acting. I really love it and think it ought to be published, so I’m going to take another look at the script and try again.

My second attempt was a children’s/YA novel which was actually accepted by a publisher, but they wanted to change so many things, including simplifying the language in a way that didn’t even feel like I wrote the story any longer, so I withdrew it. Maybe I should dig that one up again too and send it to another publisher.

What advice would you give to a first-timer?

Write as much and as well as you can, but don’t focus too much on getting everything right, since you will need to edit the story later anyway. However, editing will be easier if the script is relatively clean from the beginning. Also, take breaks, go for walks and swing your arms about (seriously!) so that you don’t strain your muscles too much. Perhaps you’re a slow writer – that’s okay too, but I think it’s a good experience to write an entire novel in a month, no matter how you choose to work in the future.

Caffeine and sugar may be seductive, efficient short-term pals, but fruits, vegetables and balanced meals are your long-time friends for good stamina. 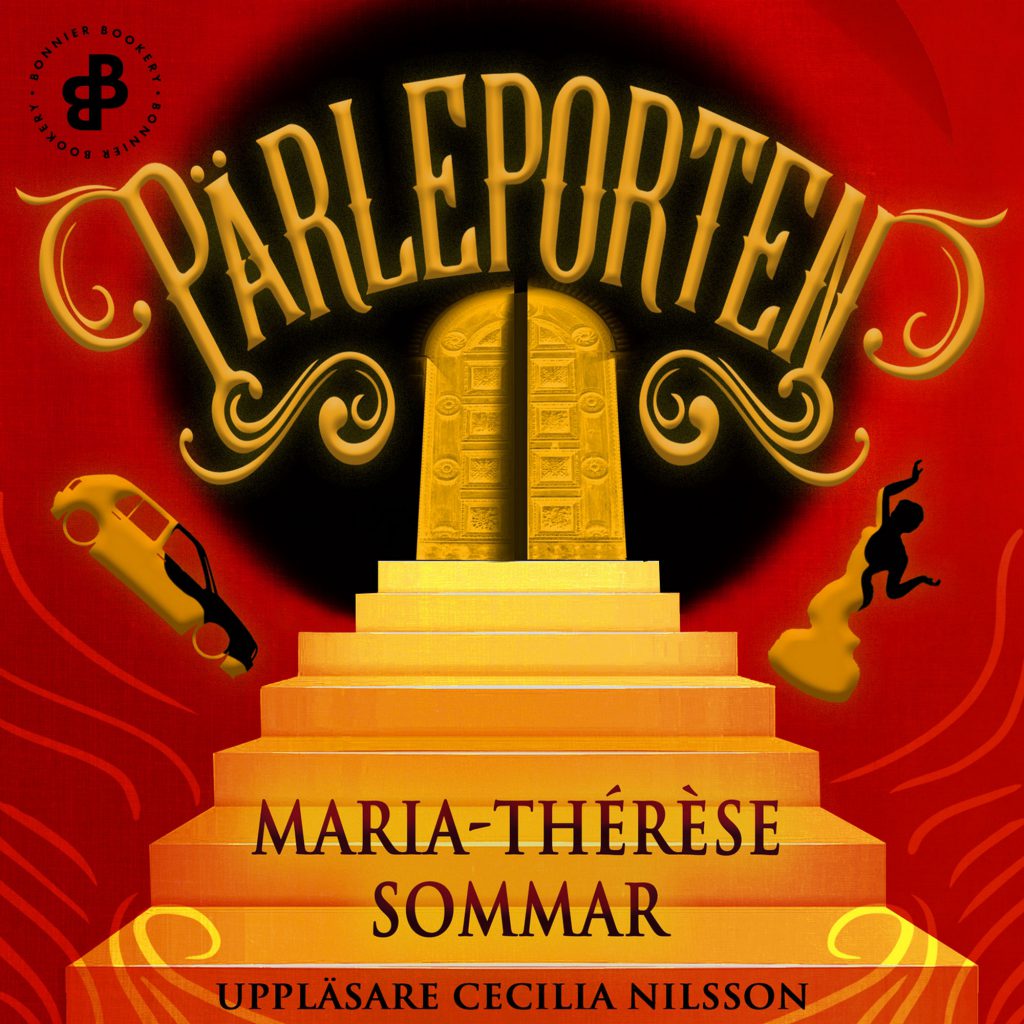 You are a creative professional with lots of creative outlets and artistic mediums. What do you find the most fulfilling, creatively or otherwise?

Those few instances when an image or a text feels completely right and when my work is valued as it should be, i.e. as the work of a professional who should get paid accordingly.

When it came to my novel Pärleporten, I greatly enjoyed working creatively with my sister Louise, who is an excellent reader and helped proofread the script and questioned many things, so that I was able to submit a version which was as finished as it could be at the time. I mostly work alone, running my own business as a freelance photographer and writer, but I greatly value being able to discuss language, ideas and arts with others who take these things as seriously as I do.

Did you come to some roadblocks/writer’s block along your way throughout the 30-day challenge/process? Do you have any strategies that you use to help you through blips in your creativity?

This story was unusually easy to write, because when I got stuck I could often simply close my eyes, look at the movie in my head and see what happened next. It was a strangely cinematic experience, and in case any movie producers read this interview, I have some really good material for you. I also enjoy a good deadline, so the sheer idiotic optimism and determination of writing a novel in 21 days forced me to jump across any roadblocks whilst laughing like a madwoman.

What environment do you write best in?

NaNoWriMo is a tight timeframe. How strict were you with yourself? Did you create a schedule to stick to?

No, I don’t do schedules, which is a great reason why I’m running my own business. Of course, I did look at the word count a lot just to see how much I’d have to average in a day, but even with strict deadlines I mostly follow my inspiration and work a lot when I feel the time is right. 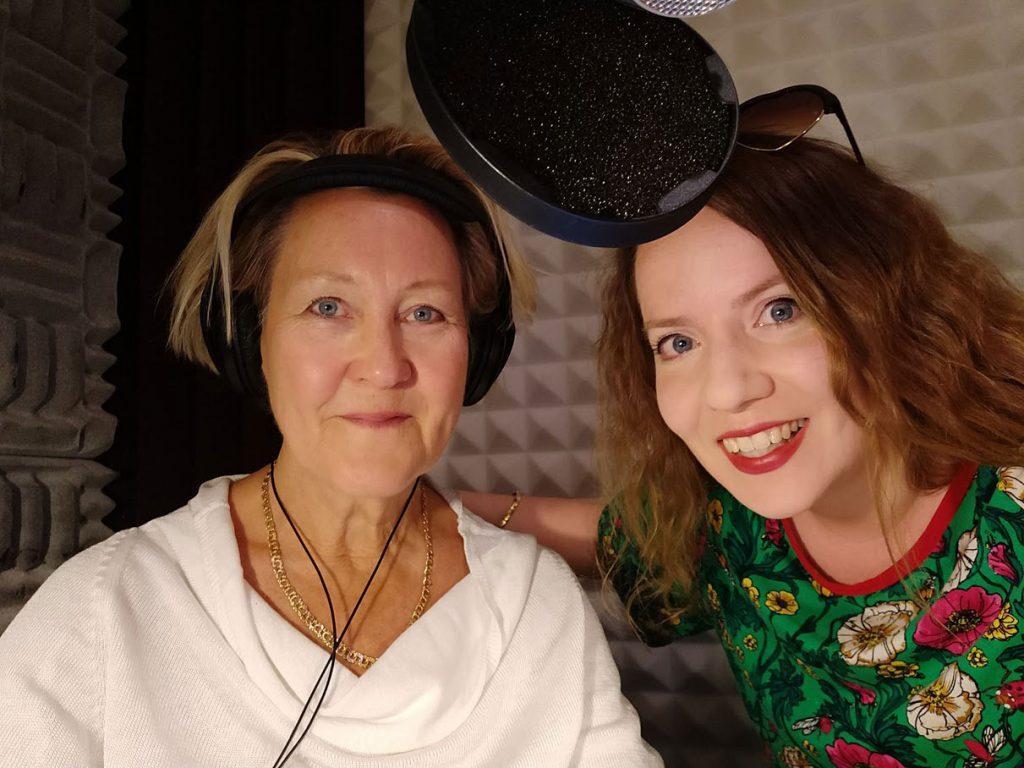 What one piece of advice would you give to an aspiring novel writer?

If you’re good at writing and willing to learn, or reasonably good and willing to learn, and you really want to be a writer, then keep writing, practising and trying. I stopped trying and waited two years before submitting a script again, which seems ridiculous in retrospect. Then I gave it one more go and suddenly found myself with a publishing deal with the digital branch, Bonnier Bookery, of one of Sweden’s biggest publishing houses.

What did you enjoy the most about doing the NaNoWriMo challenge?

Feeling that sense of ”flow” at times, the sheer challenge of writing such a long story during a very short amount of time, and all of those strange instances when I surprised myself and a character or scene popped into my head out of nowhere.

Do you have any tips on managing the inevitable distractions that arise?

Be single, don’t have kids and live on a quiet street. Half kidding! Hm. Tell people you’re doing this challenge so that they can give you some space. Stop scrolling through social media – you don’t have the time. Actually I think distractions are really good since, handled correctly, they will make you more aware of what is truly important. (Hint: not the things you categorise as distractions.)

Is there an author/writer that you admire and/or draw inspiration from?

The author who taught me the most about editing is well-known Swedish writer Bodil Malmsten. Not only is she one of my all-time favourite novelists and poets, but she was a great friend of mine and when she discovered my skills when it came to writing and editing, she brought me to France and I sat alongside her, editing the final version of what would become her last novel. I learnt a great deal about putting my ego aside and focusing entirely on making texts as good as possible, which often means eliminating unnecessary things. She was a master of crystallizing expression.

Do you have any plans for a second novel?

I have plans for a second, third, fourth and eleventh. Currently looking for an agent to represent my work outside Sweden and hoping that Pärleporten will be translated into every language and conquer the world. 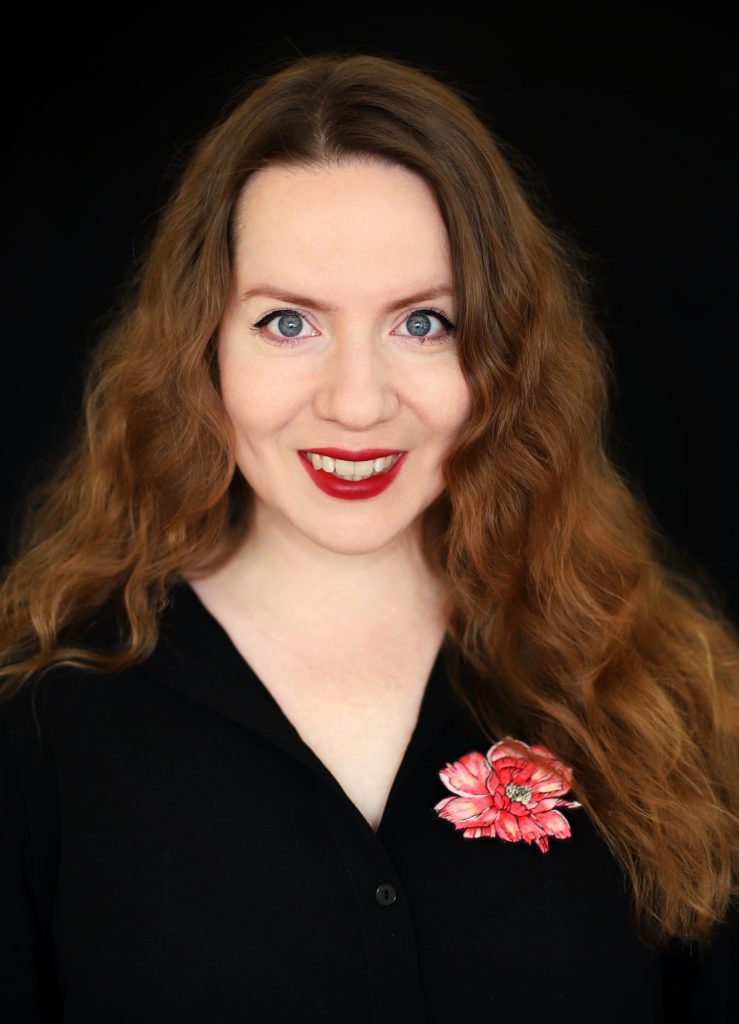 About Paperblanks: When creating our Paperblanks line, we were driven by a desire to keep the beauty of books alive. By drawing inspiration from great artists and craftspeople, our aim is to help you feel inspired and creative every day and to help you create your own personal pieces of art. For more about Paperblanks and our journals, visit our website at paperblanks.com.

Paperblanks Team - June 6, 2019 0
Writer's block can affect us all, but having a few tools in your arsenal to help move your writing projects along can make all...