Endpaper: The Paperblanks Blog
Home People of Paperblanks Writing Wednesday: 10 Things We Can Learn from the Recent Nobel Laureates... 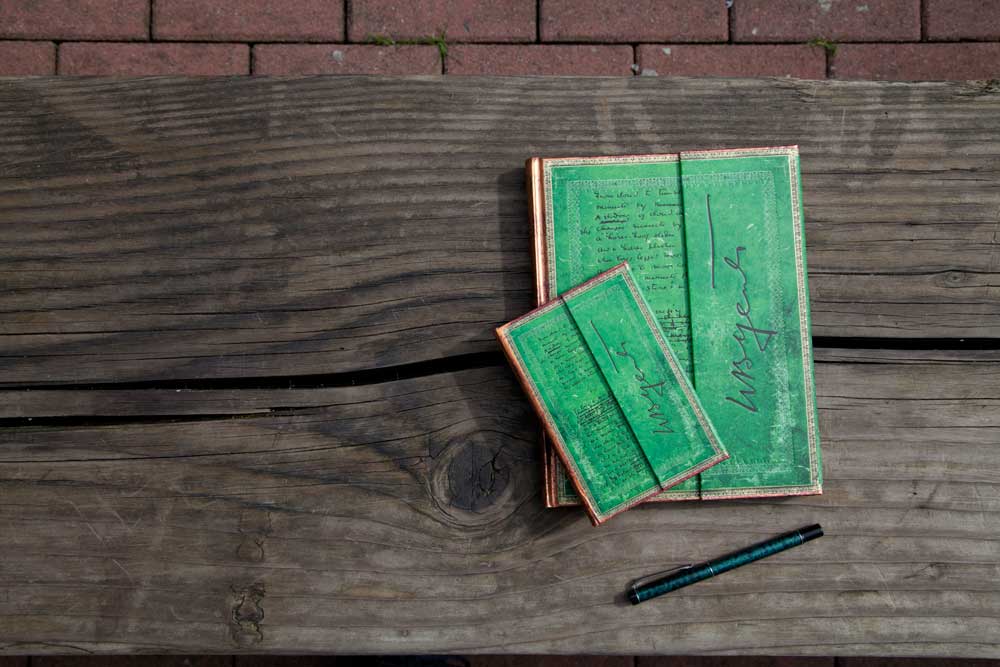 British writer Kazuo Ishiguro was recently awarded the Nobel Prize in Literature due to his ability to uncover the “abyss beneath our illusory sense of connection to the world” through his “novels of great emotional force.” The 2017 prize, though less controversial than last year’s (awarded to musician Bob Dylan), was surprising to many, including the writer himself. In fact, Ishiguro first thought the announcement was a case of “fake news.”

There are many literary awards out there, but the Nobel Prize has become one of the most revered since it was first awarded to Sully Prudhomme in 1901. Among the prize’s winners are Paperblanks cover artists Rudyard Kipling, Rabindranath Tagore and W.B. Yeats. Joining such an esteemed group is the ultimate honour for a living writer and we can learn a great deal from those who have achieved it.

This Writing Wednesday we’re celebrating the most recent Nobel Laureates and learning what motivated them to write.

Year awarded: 2008
Recognised for: Being an “author of new departures, poetic adventure and sensual ecstasy, explorer of a humanity beyond and below the reigning civilization”
Notable works: Le Procès-Verbal, Désert

“My message will be very clear; it is that I think we have to continue to read novels. Because I think that the novel is a very good means to question the current world without having an answer that is too schematic, too automatic. The novelist, he’s not a philosopher, not a technician of spoken language. He’s someone who writes, above all, and through the novel asks questions.”

Year awarded: 2009
Recognised for: Being a writer “who, with the concentration of poetry and the frankness of prose, depicts the landscape of the dispossessed”
Notable works: Nadirs, The Hunger Angel

“All of that pile on you so that, sooner or later, you cannot bear it anymore. And in that situation I started to write, because there was no other ways for me to express, except through the vicious cycle of words.”

Year awarded: 2010
Recognised for: “His cartography of structures of power and his trenchant images of the individual’s resistance, revolt, and defeat”
Notable works: The Time of the Hero, Conversation in the Cathedral

“We would be worse than we are without the good books we have read, more conformist, not as restless, more submissive, and the critical spirit, the engine of progress, would not even exist. Like writing, reading is a protest against the insufficiencies of life. When we look in fiction for what is missing in life, we are saying, with no need to say it or even to know it, that life as it is does not satisfy our thirst for the absolute – the foundation of the human condition – and should be better. We invent fictions in order to live somehow the many lives we would like to lead when we barely have one at our disposal.”

Year awarded: 2011
Recognised for: “His condensed, translucent images, [through which] he gives us fresh access to reality”
Notable works: Baltics, For the Living and the Dead

“Every abstract picture of the world is as impossible as a blueprint of a storm. Don’t be ashamed because you’re human: be proud! Inside you, vaults behind vaults open endlessly. You will never be finished, and that’s as it should be.”

Year awarded: 2012
Recognised for: Being a writer “who, with hallucinatory realism, merges folk tales, history and the contemporary”
Notable works: The Republic of Wine, Life and Death Are Wearing Me Out

“In my mind, by reading the works of others, a writer is actually engaging in a dialogue, maybe even a romance in which, if there is a meeting of the minds, a lifelong friendship is born; if not, an amicable parting is fine, too.”

Year awarded: 2013
Recognised for: Being a “master of the contemporary short story”
Notable works: Lives of Girls and Women, Runaway

“A story is not like a road to follow… it’s more like a house. You go inside and stay there for a while, wandering back and forth and settling where you like and discovering how the room and corridors relate to each other, how the world outside is altered by being viewed from these windows. And you, the visitor, the reader, are altered as well by being in this enclosed space, whether it is ample and easy or full of crooked turns, or sparsely or opulently furnished. You can go back again and again, and the house, the story, always contains more than you saw the last time. It also has a sturdy sense of itself of being built out of its own necessity, not just to shelter or beguile you.”

Year awarded: 2014
Recognised for: “The art of memory with which he has evoked the most ungraspable human destinies and uncovered the life-world of the occupation”
Notable works: Rue des boutiques obscures, Les Boulevards de ceinture

“Something happens between a novel and its reader which is similar to the process of developing photographs, the way they did it before the digital age. The photograph, as it was printed in the darkroom, became visible bit by bit. As you read your way through a novel, the same chemical process takes place. But for such harmony to exist between the author and his reader, it is important never to overextend the reader – in the sense that we talk about singers overextending their voice – but to coax him imperceptibly, leaving enough space for the book to permeate him little by little, by means of an art resembling acupuncture, in which the needle merely has to be inserted in exactly the right spot to release the flow in the nervous system.”

Year awarded: 2015
Recognised for: “Her polyphonic writings, a monument to suffering and courage in our time”
Notable works: War Does Not Have a Woman’s Face, Voices from Chernobyl

“Reality has always attracted me like a magnet, tortured and hypnotized me, and I wanted to capture it on paper. So I immediately appropriated this genre of actual human voices and confessions, witness evidences and documents. This is how I hear and see the world – as a chorus of individual voices and a collage of everyday details. In this way all my mental and emotional potential is realized to the full. In this way I can be simultaneously a writer, reporter, sociologist, psychologist and preacher.”

“Creativity is like a freight train going down the tracks. It’s something that has to be caressed and treated with a great deal of respect…you’ve got to program your brain not to think too much.”

Year awarded: 2017
Recognised for: Being an author “who, in novels of great emotional force, has uncovered the abyss beneath our illusory sense of connection with the world”
Notable works: Remains of the Day, Never Let Me Go

“I want my words to survive translation. I know when I write a book now I will have to go and spend three days being intensely interrogated by journalists in Denmark or wherever. That fact, I believe, informs the way I write – with those Danish journalists leaning over my shoulder.”

Which Nobel Laureate has most inspired your own writing?

An Interview with Tiggis: Our May 2019 Sketchbook Prompts Winner!

Robyn @ Paperblanks - May 28, 2019 2
Have you tried out the Paperblanks Journal Prompts App yet? It’s filled with over a hundred introspective and inspiring prompts for your journalling and creative writing....