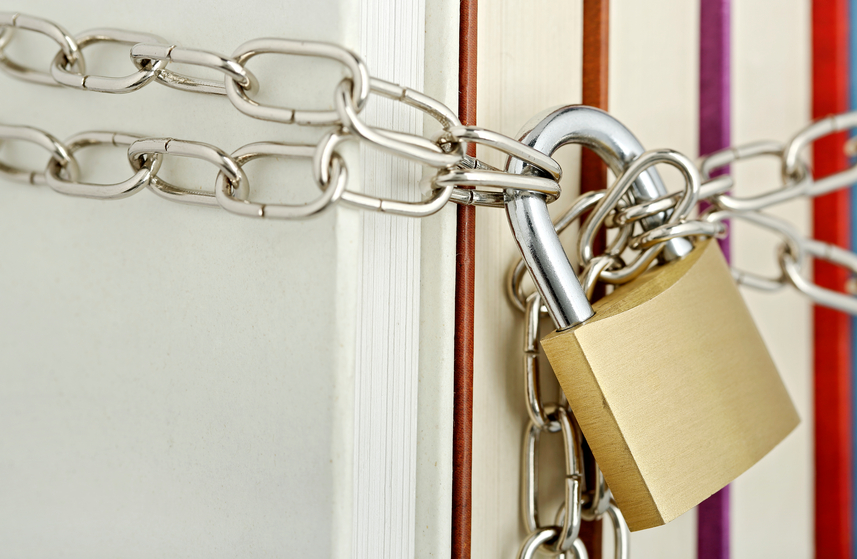 Sunday, September 25th marks the first day of this year’s Banned Books Week. Why should you care? After all, books aren’t banned in today’s society, are they? We have the freedom to read anything we want, by any author we want.

Many of us feel that we are living in an open society where the freedom to exchange ideas is granted to all people. However, not every person around the world is offered this same privilege, and even within our own countries many people are blocked from receiving the same information as others.

That’s why, in 1982, a librarian named Judith Krug began Banned Books Week. From a young age, Krug was an advocate for freedom of speech and when she became a librarian she continued to pursue this cause.

Banned Books Week tackles head on the issue of libraries deciding what their patrons can and cannot read. When libraries, particularly those in the school system, ban a certain book or author from being read they restrict their patrons’ abilities to develop unbiased viewpoints. This is especially a problem when the people making the decisions do not represent a variety of cultures and backgrounds. In fact, the Banned Books Week organisation estimates that over half of all banned or challenged books are written by people of colour or concern issues facing already under-represented communities.

So why should you care about Banned Books Week and what it stands for?

2) It forces us all to pay attention

3) It promotes literacy and reading

4) It honours all viewpoints

5) It teaches us to think for ourselves

6) It sparks open and honest discussion

In a previous Writing Wednesday, we looked at surprising reasons why books have been banned. But, as Maddie Crum from the Huffington Post rightly points out, Banned Books Week isn’t about making a spectacle of censorship but continuing to make us aware of censorship that exists, and has existed, so we can continue to fight for our freedom of expression and sharing of knowledge and ideas.

The point is not to rank inflammatory books like game highlights. It’s to remind readers that information hasn’t always been free, and that we have librarians to thank for its freedom.

– Maddie Crum, This Is Why You Should Celebrate Banned Books Week via: The Huffington Post

Learn more about Banned Books Week and how you can join the conversation here.