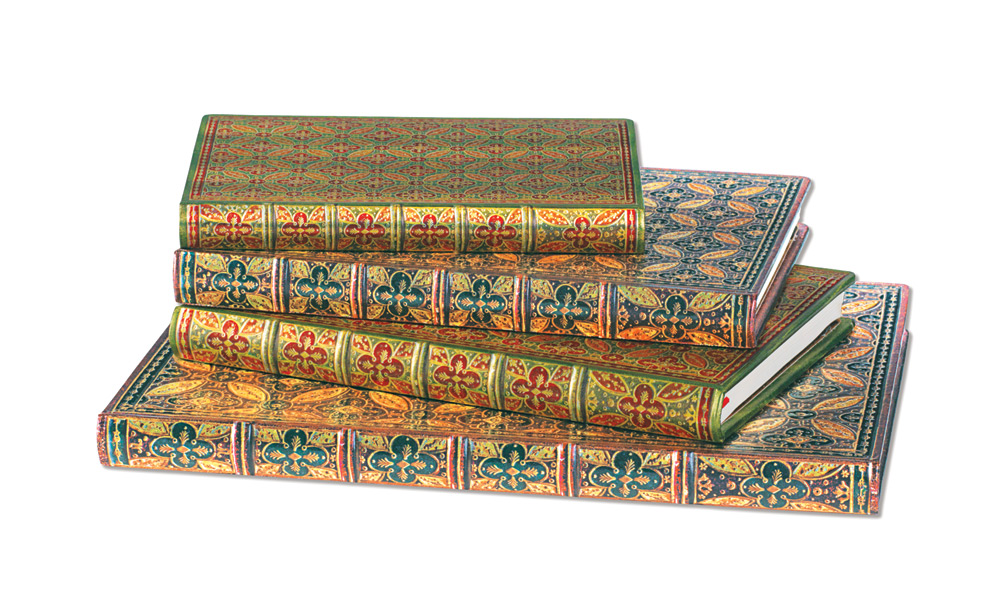 Nicolas-Denis Derome (1731–1790) was a famed French designer descended from a famed family of bookbinders. His works, such as the one reproduced for our Parisian Mosaic series, were greatly sought after as they showed a unique flair for lightness and vivacity of design.

Alternatively known as Nicolas “le Jeune” (“the Younger”), he was the best-known member of the artisan family and noted for establishing his own unique style outside of that for which his family was renowned. In later years another legendary binder, Marius Michel, credited Derome as being a founder of a new elemental school of bookbinding and design: high praise, indeed.

Born in 1731, Derome took quickly to his family’s craft and was esteemed in his own right, especially after his father’s death in 1760. He became appreciated for his dentelles (lace-inspired designs) but Derome himself was particularly passionate about, and prolific in, creating mosaic designs such as the one on our cover. To craft this mosaic pattern he embellished polychrome leather on cardboard with gold, in a sown-field pattern known as au semé.

The actual date of this binding’s creation is unknown, but Derome was most active from 1761–1790. The contents of the book, however, date much further back and were first published in 1545. It is likely due to the ancient origins of the book that Derome chose his mediæval heraldic technique for its cover design. 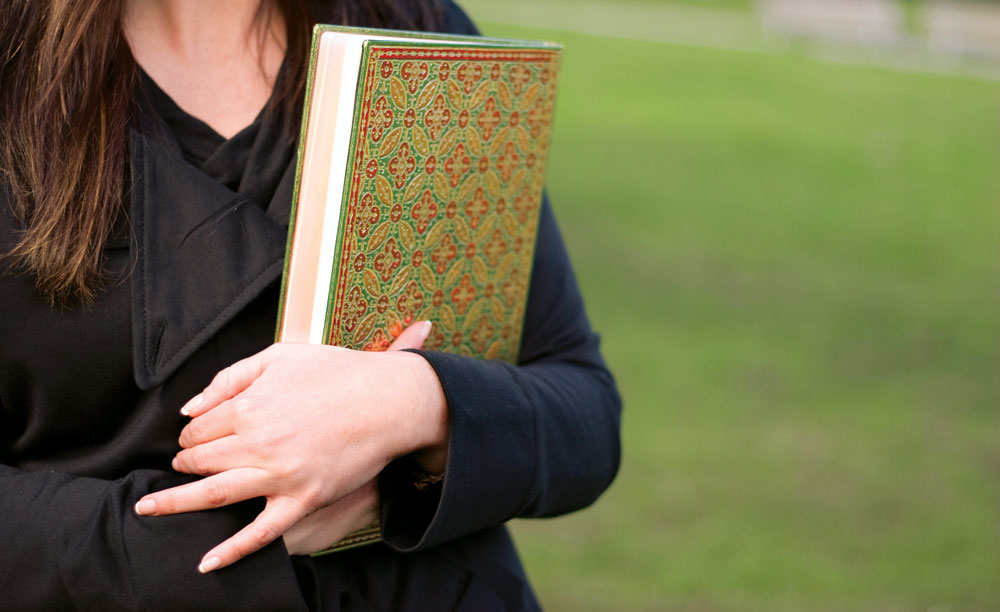 Paperblanks® Mosaïque journal recreates an 18th-century Parisian leather book binding created by Derome. The gold-tooled cover features small decorative patterns arranged in symmetrical lines and columns. Our modern version of this binding sees the ancient motif combined with fresh colours and materials. Released as part of our Fall 2010 season, this cover closely echoes the original colouring by Derome and serves as inspiration for our later Safran version. 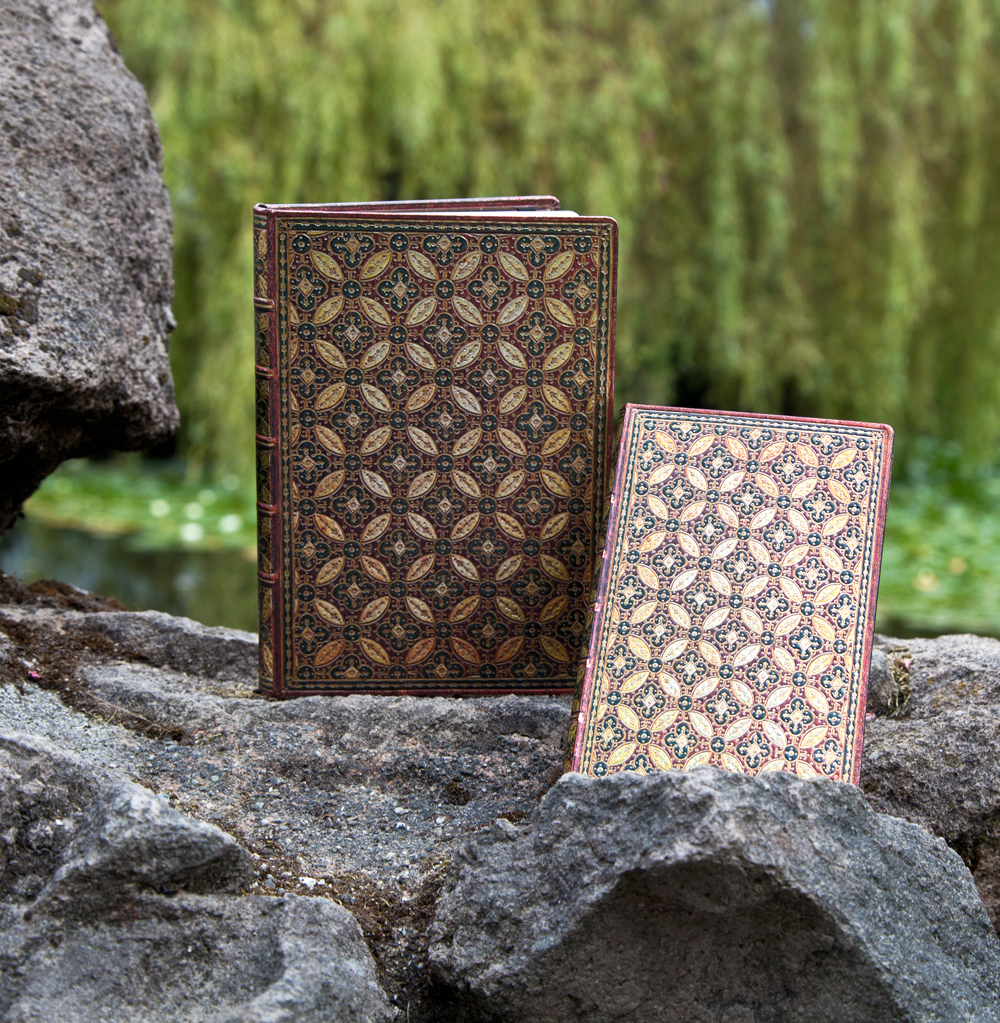 This gold-tooled cover features small decorative patterns arranged in symmetrical lines or columns resembling a sown field. Derome’s adoption of this ancient heraldic motif, combined with fresh colours and new materials, brought mosaic binding into a new era of artistry. We were so excited by Derome’s original design that we released this new Safran colouring three years after our Parisian Mosaic series was established with the Mosaïque cover.

Introducing eXchange™: A New Line of Covers for iPads from the...

Robyn @ Paperblanks - August 24, 2015 46
You asked. We listened. We at Paperblanks®, a part of the Hartley & Marks™ product family, are thrilled to announce the official launch of eXchange™,...