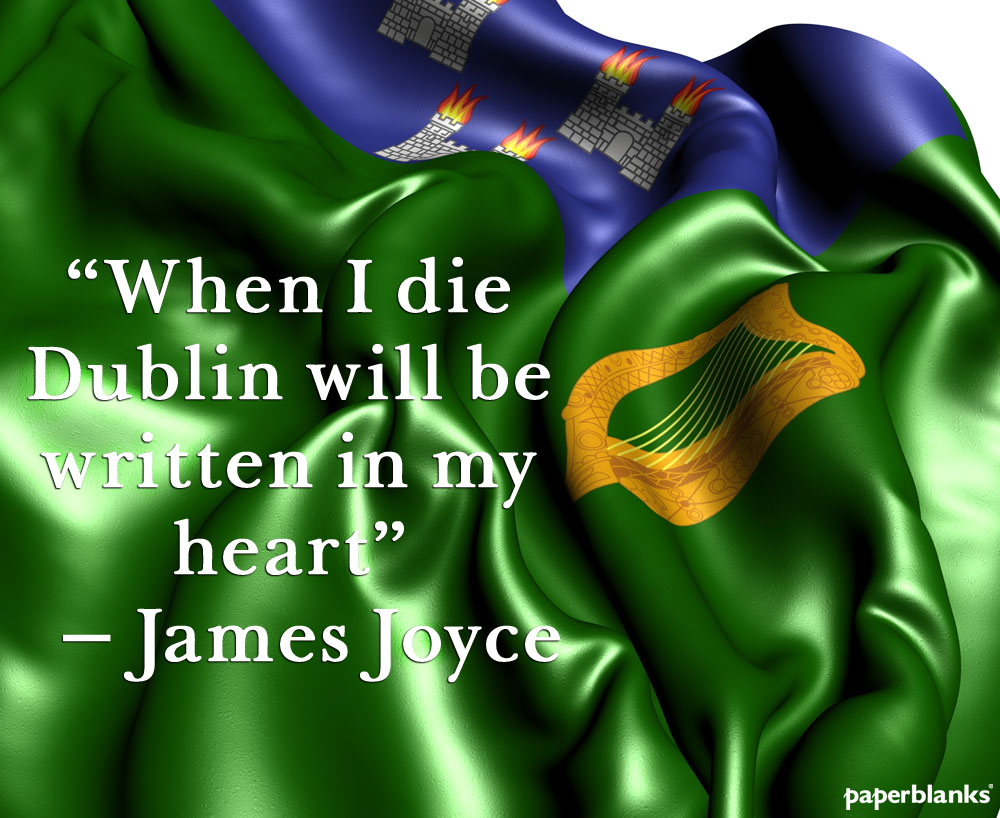 In Literary Landmarks, we feature significant locations from the world of literature. From popular cafe hangouts of the intellectual elite to childhood homes turned into cultural museums, Literary Landmarks tend to be specific spots that our favourite authors have visited or lived. Today’s post, though, is a little different. In honour of St. Patrick’s Day we’ve decided to focus on one of the most influential Irish writers of all time – James Joyce. Of course, narrowing Joyce’s Irish landmarks down to just one is a nearly impossible task, so we’ve decided to take you on a virtual trip around his hometown of Dublin, instead. After all, a city so close to his heart is sure to inspire creativity in any James Joyce fan.

The hub of the James Joyce cultural experience is at Dublin’s James Joyce Centre. Featuring numerous events throughout the year, this institution in the heart of the north inner city was built in 1784 for Valentine Brown, the Earl of Kenmare. The fine plasterwork of the townhouse led to it being one of Dublin’s most renowned homes and, though Joyce himself never lived there, it plays a significant role in the author’s literary history.

At one point, a Professor Denis J. Maginni ran a dance academy in the building and if you think you recognize that name, you are most correct. Maginni was well-known as a colourful character living in Dublin and appears several times throughout Joyce’s novel Ulysses. If you get a chance to visit the James Joyce Centre, picture yourself taking a dance class with the man wearing a “silk hat, slate frockcoat with silk facing, white kerchief tie, tight lavender trousers, canary gloves and pointed patent boots” (from the “Wandering Rocks” episode).

Though currently closed for renovations, the James Joyce Tower and Museum will be re-opened for any springtime trips to Dublin you may have planned. Originally a Martello tower built to withstand a Napoleonic invasion, the building is now a museum devoted to the life and works of Joyce, honouring his decision to make the landmark the setting for his first chapter of Ulysses. Technically eight miles outside of Dublin, the panoramic views of Dublin Bay where “[s]tately, plump Buck Mulligan came from the stairhead” and the impressive collection of Joyce’s personal letters, manuscripts and photographs make this landmark a “must visit” on any James Joyce tour.

Known as Droichead James Joyce to the Irish, the James Joyce Bridge spans the River Liffey in Dublin. Designed by Spanish architect Santiago Calatrava, the bridge joins the south quays to Blackhall Place on the north side of the city. Standing on the bridge, facing the south side, you can see Number 15 Usher’s Island, home of Stephen Dedalus’s godmother and the setting for “The Dead” (from Joyce’s short story collection The Dubliners). 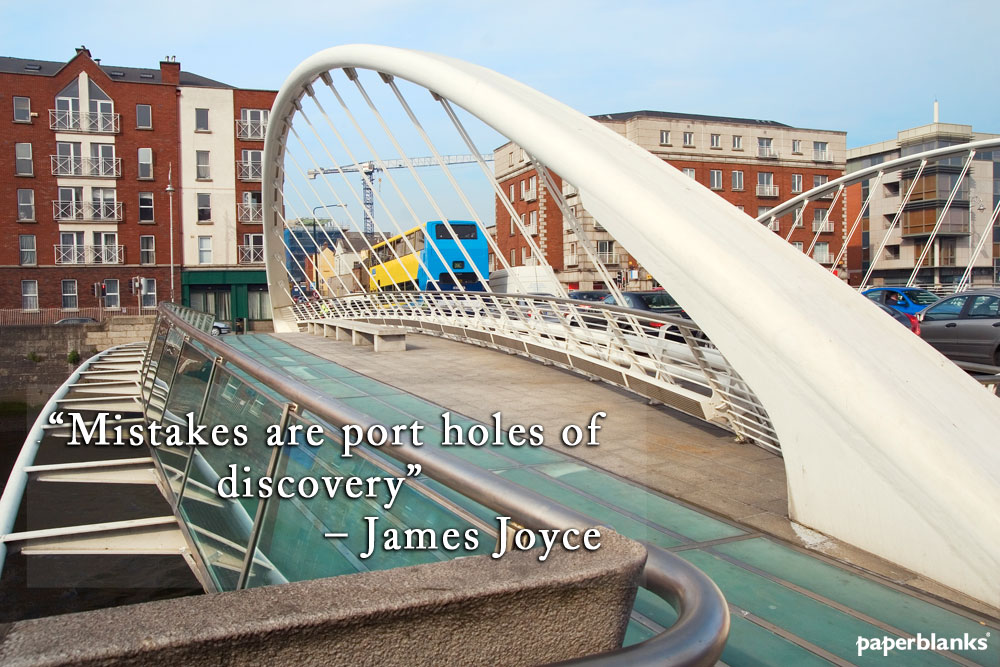 If taking an entire decade-long voyage to recreate Odysseus’ steps in Homer’s epic poem the O” seems like too massive an undertaking, then perhaps Dublin’s “Walking Ulysses Tour” is a better choice. Framed around the eighteen episodes Odyssey inspired Joyce to write, this walking tour has you setting out at 8am with Buck Mulligan and Stephen Dedalus at the Sandycove Martello Tour (“Telemachus”) and takes you around Dublin, ending up with Molly Bloom at 2am (“Penelope”). A sample chapter tour would be the 9:30-10:30 “Lotus Eaters” trip that begins walking along Sir John Rogerson’s Quay, winds to the Post Office on Westland Row, enters the side door of St. Andrew’s Church (formerly called All Hallow’s) and heads to Lincoln Place to meet Bantam Lyons. The curators of the tour’s website have helpfully broken down the entire Ulysses novel into steps and have provided maps for much of the walking tour.

No doubt there are countless more Dublin landmarks that can lay claim to having been visited by James Joyce or one of his famous characters, but we think that these are the essential places to start for any fan visiting the Irish city. If you can’t make it to Ireland for this St. Patrick’s Day, though, that’s okay. No matter where you are this March 17th, you can always be inspired by the immortal words of James Joyce to make your own creative discoveries.

Have you visited a literary landmark? Let us know what places have sparked your creativity, and we may profile them in our Literary Landmarks series!

5 Uncovered Manuscripts that Changed the Way We Look at History

Robyn @ Paperblanks - January 27, 2014 0
Late in 2013, a letter tied to the fight for American independence was found in a Manhattan museum's attic. Addressed to "the people of...