Philanthropy has always been a core part of the Paperblanks company ethos.  Our Social Commitment blog series will cover the organizations we support who are doing tangible work at a community level. 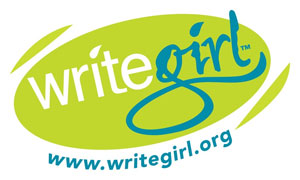 We’ve mentioned WriteGirl on our blog before – an award-winning non-profit organization which helps high school-aged girls develop their talents in the literary arts. For 10 years, this LA-based organization has provided young women with the chance to explore all genres and forms of writing through workshops and one-on-one mentorship with professional writers.

We support WriteGirl by donating journals to the organization. These writing journals are given to their members and then used in workshops and mentoring sessions.  For us, WriteGirl’s mission to promote creativity and self-expression through writing is something that aligns with our own feelings about the importance of the written word.

Each year, WriteGirl publishes an anthology of some of the most memorable features of the year from their mentees and volunteers. Their nine previous anthologies have won 33 national and international book awards and many have received acclaim in the press.

As David Ulin, from the L.A Sunday Times book review, wrote in a review for one of their previous anthologies, Nothing Held Back:

“For these girls (and their mentors) writing is a lens, a filter, a way to cut through the nonsense and see the possibilities… [Nothing Held Back] suggests that reports of literacy’s death have been greatly exaggerated, that language remains a transformative force…”

As these four preview pieces show, WriteGirl has provided yet again another thought-provoking and engaging publication – one that inspires us all to draw creativity from the events and circumstances of our daily lives, no matter what age.

When my mentor and I meet, we use the first few minutes to free write – this emerged from one of those sessions.

We are skinny teenagers with bad, foofy hair, sitting at the kitchen table around a box of Krispy Kremes. It’s that kind of morning when the sun is like butter and it’s just cool enough for pajama pants and just warm enough for a tank top. The TV in the background babbles about scandals and oddities that happened thousands of miles away, but no one moves to turn it off. The useless noise in the background only amplifies the conversation that happens here, the one that matters, like a harmony of cacophony, in the key of glazed and glorious.

When we remember these days, we will remember the strange but perfect details – the headline “Arcadia Girl Continues to Impress,” and the photo underneath a crazy-haired girl with a warm, toothy grin, the suddenly beautiful taste of orange juice, the fact that it is a Monday and the rest of the week seems to stretch into the future, like a pleasant summer month.

The scent lingers on your fingertips

To let you glow in the darkness

You were forced into

Many look down on you

But you bring their gaze up

It is taught to label

In Just One Day

I woke up one day and my house was buzzing with noise. It made me angry and I wished for silent mornings. I decided to write a poem about the millions of sounds that can happen in just one day.

My sister groans from across the room

Walls chiseled with our dreams

Footsteps stomp across the hardwood floor

A toilet flushes. A shower pounds

water down a drain

The toaster radiates heat then,

A third beeps then zooms

Laughing in the distance

A construction site nearby

A dog barks, a cat hisses

A baby cries, a mother hushes

Then silence in the night

I wrote this when Rachel, my mentor, asked me to write down every word I could think of when I thought of water.

Intensity will be available in January 2012 and can  be purchased through Writegirl or Amazon.  100% of the proceeds go towards supporting the WriteGirl program.

Vincent van Gogh Returns to the Paperblanks Collection with Irises

Robyn @ Paperblanks - March 30, 2022 0
Introducing an exclusive collaboration with the Getty, with its world-class museum, home to one-of-a-kind works of art including paintings by European masters, historic illuminated...