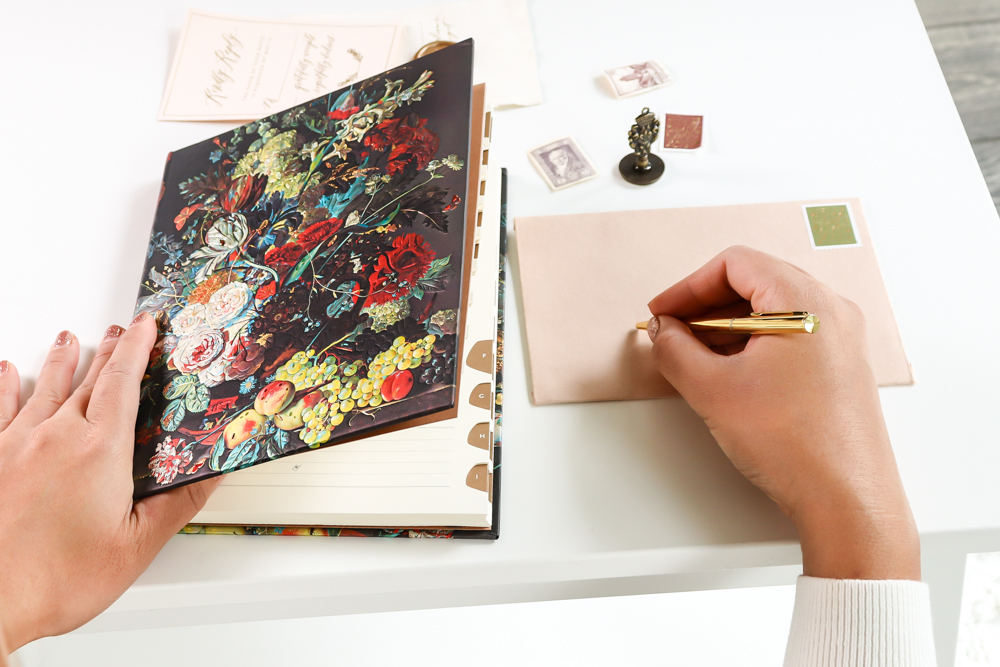 Who doesn’t love to receive a thoughtful greeting card this time of year? (Or at any time of the year, for that matter.) In this digital age, many would say handwritten notes are a thing of the past and fading further into the distance, but the truth is that most of us still place a high value on the personal touch of receiving snail mail, whether it’s a birthday card, a postcard from a charming place or just a letter from a friend telling us about their life.

This past June we published some stories of pen pals writing to each other for many years. We loved reading your responses to our post on Instagram and finding new stories of lifelong pen pals, like Andy from Tennessee who told us, “My mother, who is in her 70s, also still writes to her childhood pen pal overseas.”

And then Rita from Canada and Maike from Germany shared with us their stories and some photos of copious correspondence with their pen pals.

“I’m still in touch with mine. Going on 30+ years probably. There are three pen pals I’m still in touch with after more than thirty years (Finland, Pennsylvania, and Toronto). We met thru the pen pals sections that used to be in magazines. Specifically, these were U2 fan zines. I had many pen pals over the years through those zines and am still in touch with quite a few online. I’ve been fortunate to meet them in person too. Yes, at U2 concerts, but also for general travel & fun. In a strange way, they’re some of my closest friends.

“I love writing letters and all things stationery, so even though we are now mainly in touch through texts and social media, I’ll send a postcard or note every so often. There’s something special about getting snail mail.”

“In 4 years, my best friend Marissa and I have our 20th friendiversary coming up. I met her in 2005 during my exchange year in high school in Texas. Marissa and I shared a table in Art class and when I had to go back home, we started writing letters to each other. We haven’t stopped since. It’s become such a regular habit, it’s like writing a diary and I have a whole row of folders with her letters at home. She is living in New Mexico now and I live in Northern Germany. Fortunately, we’ve been able to visit each other a couple of times during the past 16 years.

“Our letters are always decorated, little pieces of art. She keeps mine, too and one day we’ll exchange them back – at least that’s the idea.”

What about you? Do you enjoy receiving and sending snail mail? Who have you been writing to for a long time and what do their letters mean to you? We’d love to hear!

Robyn @ Paperblanks - July 8, 2015 0
Writers often like to wax eloquent on their craft. Sometimes, though, they just want to get real. We've rounded up some of the straightest...