The Algonquin Round Table refers to both the celebrated group of writers who met for near-daily banter-filled lunches at New York City’s Algonquin Hotel, and also to the actual round dining table at which they sat. Today, fans of authors, poets, actors and critics such as Dorothy Parker, George S. Kaufman or Harpo Marx flock to the restaurant, requesting to sit at the legendary table, and hoping to bask in the afterglow of the literary elite who sat there decades ago. However, in the 1920s when the group met, they were often disparaged by their contemporaries (and former members) for being a “Vicious Circle,” sort of like a Mean Girls lunch table of the Roaring Twenties.

So who were these luminaries and how did they become such an influential group of lunch-eaters? Before putting together your own group of like-minded dining companions, or buying a ticket for a pilgrimage to New York to experience the real thing, here are three things you need to know about the members of the Algonquin Round Table.

The first meeting of the Algonquin Round Table began as a bit of a “roast” for the theatre critic Alexander Woollcott, who had refused to plug one of press agent John Peter Toohey’s clients. Toohey organised a luncheon, supposedly to welcome Woollcott back from his stint as a World War I correspondent, that was actually designed to poke fun at Woollcott. You could say the plan backfired but had a happy ending, as Woollcott so enjoyed the jokes that Toohey suggested they continue to meet for some gossip and wordplay.

The official members were:

Of course many other movers and shakers from the New York cultural scene popped by for lunch now and then, even comedian and film star Harpo Marx!

As a group, the Round Table was renowned (and maybe a little feared) for collective vicious wit. Here are some of the members’ most iconic musings and cutting remarks.

“They say he rides as if he’s part of the horse, but they don’t say which part.”

“To err is human; to forgive, infrequent.”

“I didn’t like the play but then, I saw it under adverse conditions – the curtain was up.”

“If you have any young friends who aspire to become writers, the second greatest favor you can do them is to present them with copies of The Elements of Style. The first greatest, of course, is to shoot them now, while they’re happy.”

The Round Table is a very real dining table at the Algonquin Hotel’s restaurant. The Renaissance limestone and red brick facade hotel was designed by architect Goldwin Starrett and is one of the most iconic buildings in New York City, thanks largely in part to the literary elite who frequented it during the 1920s. Today the hotel remains a hot spot for visitors to the Big Apple, and you can still stop by and try the restaurant’s “tasteful and modern take on American cuisine” while sitting at the famed table. If you will be visiting New York, check out the Algonquin Hotel’s website to secure your reservation!

Who would you invite to be a member of your exclusive literary luncheon group? 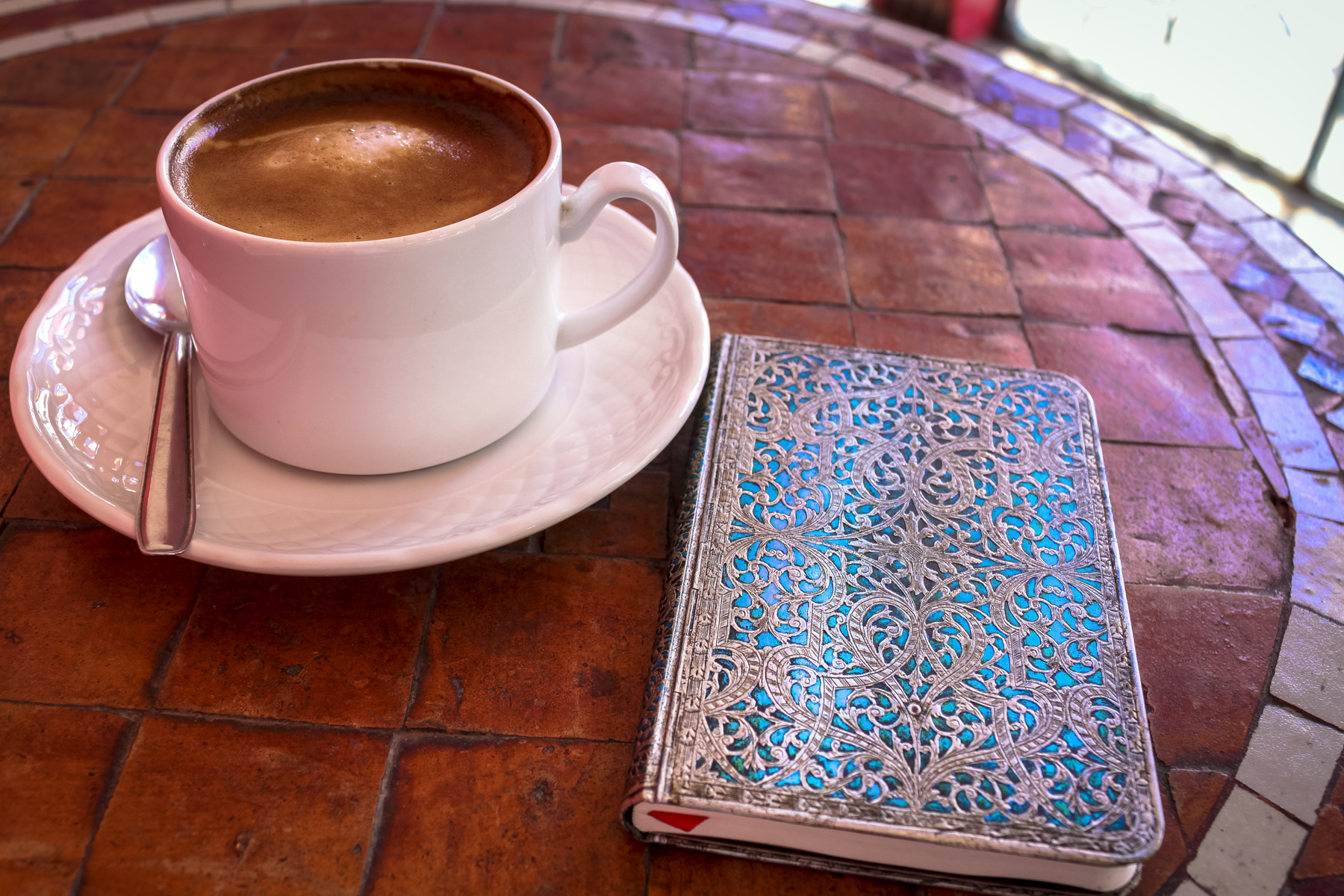 Robyn @ Paperblanks - February 4, 2016 1
For our "X Questions With" series, we're speaking with talented individuals from around the world who have inspired us with their creativity and passion....