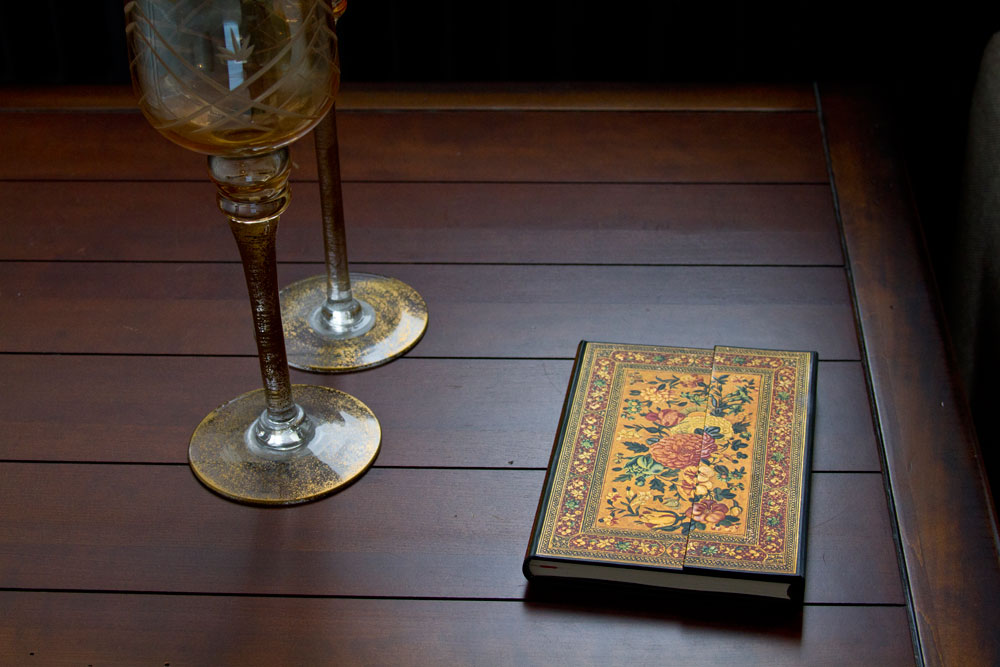 The miniature lacquer painting that inspired this cover is part of a rich history of Persian bookbinding and decoration. Celebrations of the luxury and refinement of life in Persia during the 16th century, paintings such as this evolved from the rise of Chinese lacquerware in the region.

This particular painting depicts a floral still-life on a bright gold background, an expression of the aristocratic culture that could afford to cultivate such botanical gardens. Here the central roses and hydrangeas are framed with poppies, carnations, dogwood and tulips and tinged with light and opaque natural colours. Though the expression of wealth in such a way was a popular motif during the period, there is one very specific reason why the glowing rose in particular was chosen for this binding: It contained a manuscript of the Gulistan, known also as The Rose Garden. 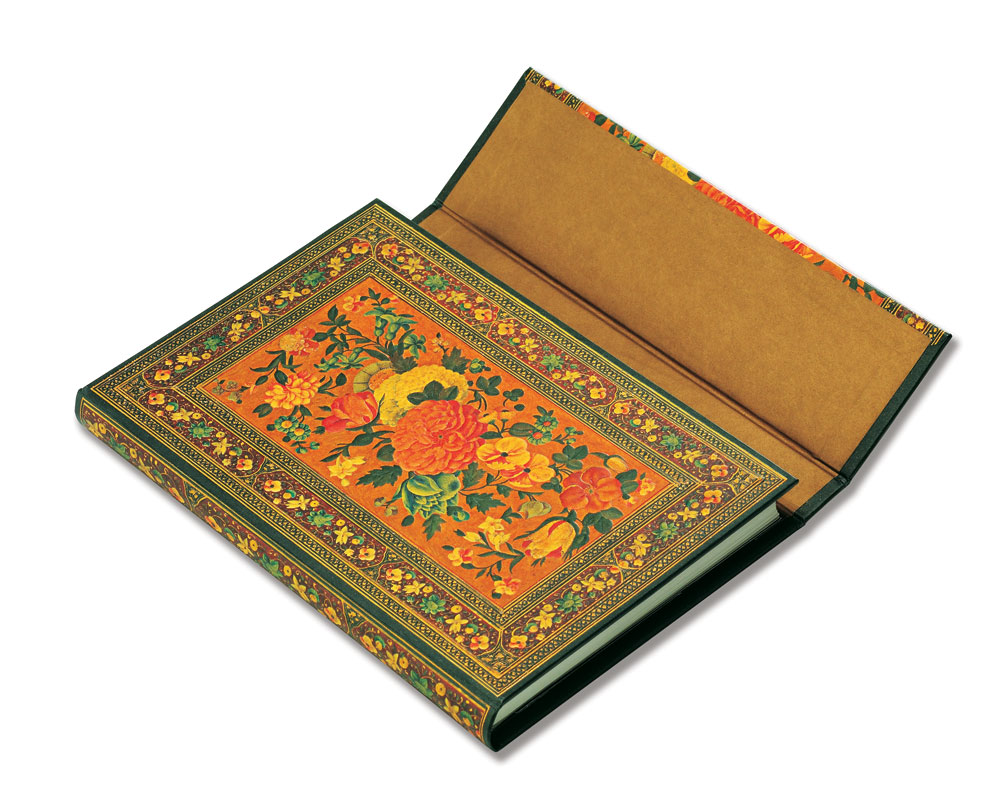 That such a beautiful interior artwork was chosen for this piece of writing should be no surprise – the Gulistan is a landmark piece of Persian prose, one of two major works by the great medieval poet Sa’di. This particular edition came from the time of Fath Ali Shah (1722–1834), the second king of the Qajar dynasty. Sa’di’s original version was completed in 1258.

Though the story is ancient, the themes continue to resonate with readers today and it has proved deeply influential in the West as well as the East. Just as a rose garden contains many flowers, the Gulistan is a collection of smaller works, both poems and stories, and is widely quoted as a source of wisdom. In fact, if you have ever counted yourself grateful after meeting someone in worse shape than you, you can thank Sa’di and this book for the phrase “whereupon I thanked Providence for its bounty to myself.”

Sa’di’s humour, personal introspections and relatable anecdotes have made his works some of the most celebrated of all time. And we, of course, are thankful that they inspired such artwork as the one chosen for this Glowing Rose design.

Click here to find Glowing Rose in a store near you

Paperblanks Team - August 28, 2012 2
Johann Wolfgang von Goethe, born in 1749, was the greatest poet, writer and dramatist in German literature and also an eminent natural philosopher. His...