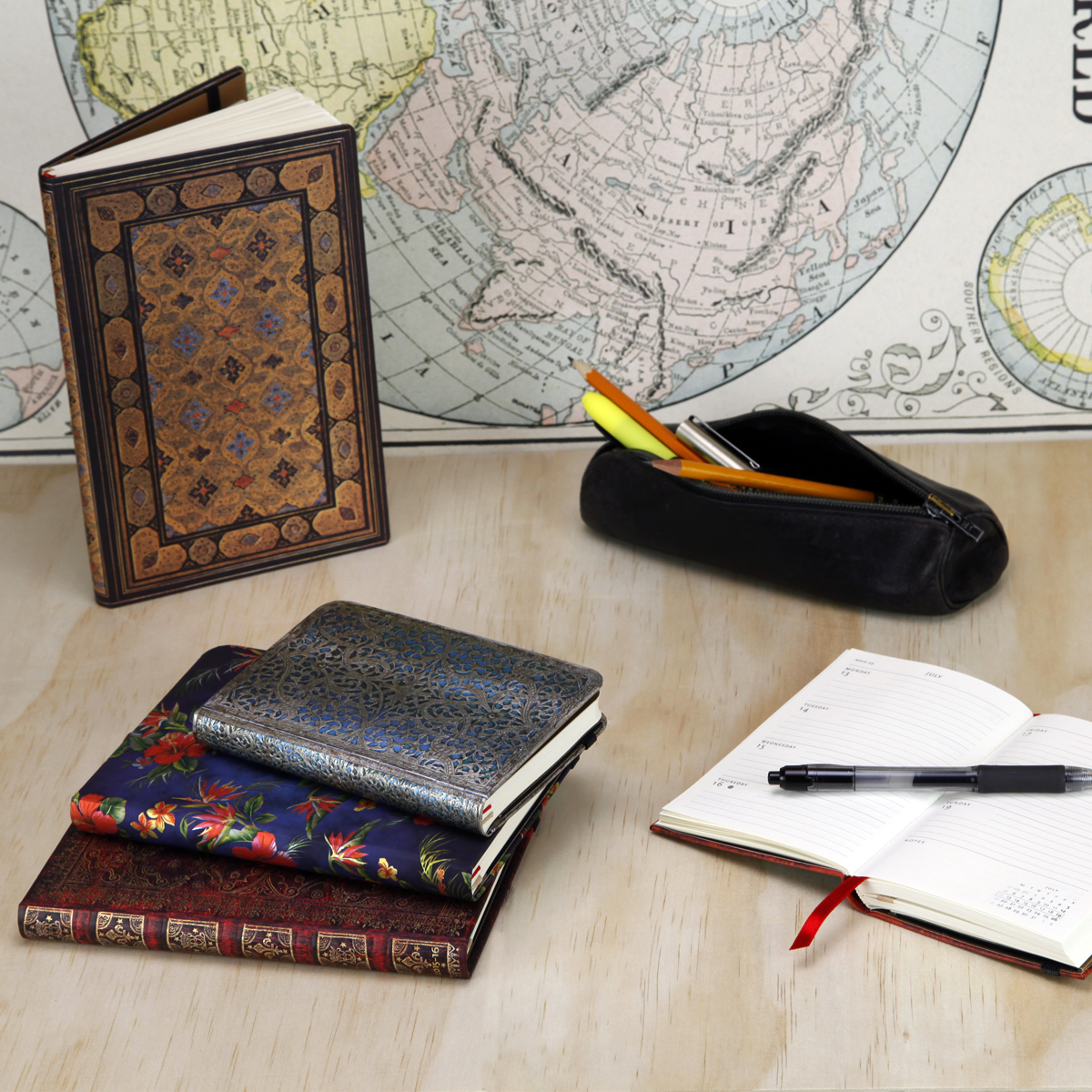 Despite the fact that calendars have been used in human civilisations dating back to prehistoric periods, the study of these time-keeping devices is relatively unheralded. The history of how our modern, Gregorian calendar (actually not that modern: it was named for Pope Gregory XIII who introduced it in 1582) came to be is pretty fascinating, and every step in the development gives key insights in what was important to the people of that time. So let’s take a look at a few of the key advancements in calendar evolution that have led us to the dayplanners we use today.

Debate rages on over who built Stonehenge, but one thing that is generally agreed upon is that it was used as a time-telling device. Even more significant to the study of calendars is the discovery of a grouping of twelve pits in Warren Field in Scotland that is believed to have been used as lunar calendar. The Warren Field calendar is now recognised as the oldest surviving timepiece, at about 10,000 years old. Roughly 5,000 years later came the calendars of Mesopotamia. The ancient Sumerian calendar shows very early understanding of lunar cycles combined with varying religious beliefs. Their twelve-month calendar was divided into months of 29 or 30 days and weeks of seven days. They based these months around the sightings of new moons and divided each day into six daylight and six nighttime “hours,” meaning the length of these hours would fluctuate throughout the year depending on the hours of sunlight. This resulted in a year composed of 354 days to which the Sumerians periodically added an additional month to make up the difference between 354 and 365.25 days (much like our leap year does).

The early Chinese calendar was based around five solar phases and divided into ten thirty-six day months with transition periods of five to six days. Eventually these calendars evolved into lunisolar calendars under the Zhou Dynasty (1046–256 BCE) and had twelve or thirteen months per year. In these calendars, the intercalary month (the time inserted to harmonise the “leap year” discrepancy) was added at the end of the year.

Of all the ancient calendar systems, the Mesoamerican calendars (in particular the Maya) are the most complex. The Maya calendar is actually a system of calendars based upon a traditional system dating back at least to the 5th century BCE. The “year” was called the Sacred Round is and was composed of 260 days divided into two smaller cycles. Each smaller cycle was then divided into the numbers one through thirteen coupled with twenty different day names. One reason for the complexity of this system was that it wasn’t simply used for tracking time: the Maya calendar also aided in naming people, predicting the future and deciding on favourable dates to conduct battles, marriages or other important events. The Mayans also had a Vague Year calendar which was more similar to ours and consisted of 365 days divided into eighteen months and an unlucky five-day period at the end of the year. Homer-era Greeks initially did away with the intercalary month but soon found that it was necessary to keep the year balanced. The Ancient Athenian calendar was a lunisolar format consisting of twelve months alternating between twenty-nine and thirty days. This calendar has the intercalary month which was added in biennially. They named the months after the Greek gods: Hekatombion, Metageitnion, Boedromion, Pyanepsion, Maimakterion, Poseidon (and the intercalary month “second Poseidon”), Gamelion, Anthesterion, Elaphebolion, Munychion, Thargelion and Skirophorion. Though these names may not seem very familiar to us, the Roman versions sure will…

The Romans named their months both chronologically and symbolically, with a mix of religious and numerical influences. This left them with only 304 days divided up into ten months (beginning at Martius, or March). They invented two additional months, Ianuarius and Februarius, to fill the extra time. So, if you have ever wondered why our twelfth month begins with a prefix meaning “ten,” that’s why! Julius Caesar decided a major overhaul was needed and created the New Year, which ran 365 days over the course of twelve months. The calendar stayed in effect until Augustus Caesar, the founder of the Roman Empire and Julius Caesar’s nephew, introduced the concept of the “leap year” in place of the intercalary month. This version of the Julian Calendar remained in almost universal use in Europe until 1582.

To say that only the above calendars have brought us to this would be a bit of an understatement. Countless other highly influential calendars have been used throughout human history and though the Gregorian Calendar is now used nearly worldwide for social scheduling, many traditional and religious systems are still in place (that’s why in our Dayplanners you will still find the important religious and cultural dates noted).

So, what sets the Gregorian Calendar apart from the Julian Calendar as “perfected” by August Caesar? The biggest reform was to standardise the use of the leap year across all versions of the calendar and to agree upon the length of each month. An interesting change has also been the abandonment of the traditional names for what we call July and August. The Romans called these months Quintilus and Sextilis, as they were originally the fifth and sixth months of the year. However, in honour of the two big reformers of the calendar, July and August now pay tribute to Julius and Augustus Caesar.

What does the future hold? Will we ever move away from the twelve-based calendar system and into a “metric” calendar? 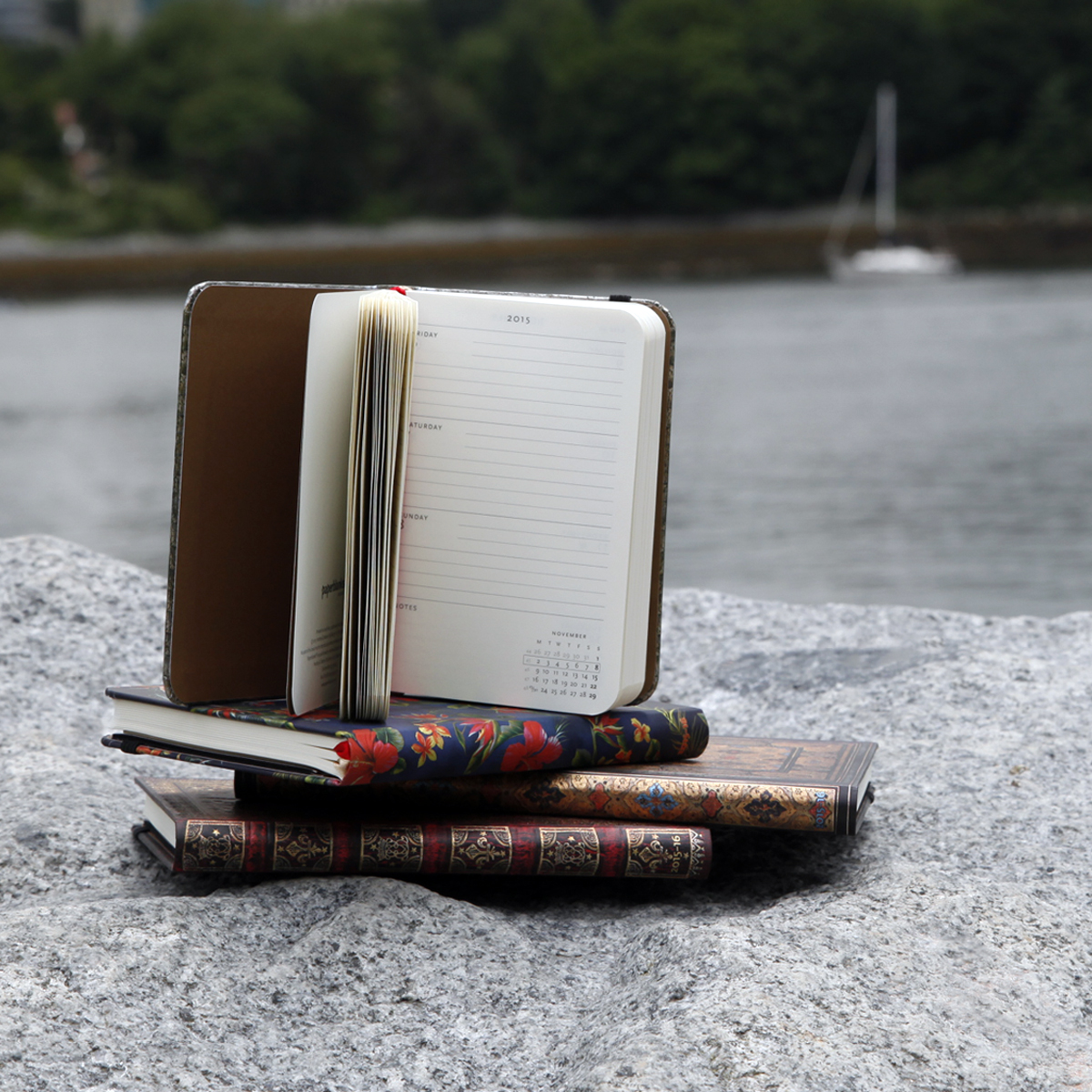 Andrea @ Paperblanks - February 6, 2020 0
With all manner of digital communications at our fingertips, staying in touch is now easier than ever. However, in this digital age the personal...