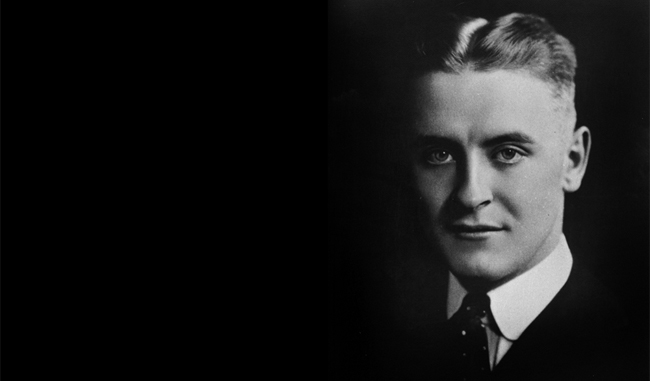 A baby journal is a journal or scrapbook kept by a mother or father to record the first few years of a child’s life. The image below depicts a page from a baby journal kept by Mollie Fitzgerald – F. Scott Fitzgerald’s mother!

Fascinatingly, the page is an example of a “Progressive Record of Autographs” and includes Fitzgerald’s autographs from age 5 all the way to 21. (Which obviously makes it a baby book that Mollie made sure not to lose!)(Also, we can’t help but ask: how common are “Progressive Records of Autographs”? Assuming they’re not common – they definitely should be! It’s an incredibly neat artifact. And for more than just brilliant artists, naturally!)

A very thorough piece on Fitzgerald on the Cambridge University website makes reference to the Fitzgerald baby book, and puts the autographs page in context:

Mollie kept his baby book with loving care, recording the things he did and said as if each were exceptionally clever and important. A page entitled “Progressive Record of Autographs” in his baby book preserves a visual record of Fitzgerald’s invention of the person he wanted to become. His autograph at five is simply Scott, scrawled in large, uneven letters; soon he becomes Scott Fitzgerald, written in careful cursive. At age fifteen, he plays with signing his name Francis Scott Fitzgerald. At seventeen, he settles on F. Scott Fitzgerald, written in a more mature but still unremarkable hand. At age twenty-one, his name finally appears in the elegant, confident cursive he would use the rest of his life. This was the signature of what Fitzgerald called a “personage,” a person of distinction. If you’re interested, go here to check out the unique journal Paperblanks made in tribute to F. Scott Fitzgerald and his greatest book.

Robyn @ Paperblanks - September 29, 2015 0
At Paperblanks® we believe that the simple, crucial act of producing books makes us part of a circle in which new realities can be...