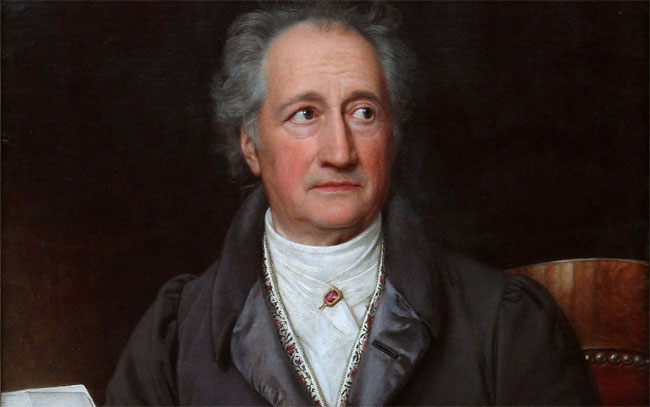 Johann Wolfgang von Goethe, born in 1749, was the greatest poet, writer and dramatist in German literature and also an eminent natural philosopher. His astute sense of observation allowed him to capture in his writing the multifaceted complexity of human behaviour. In masterpieces like The Sorrows of Young Werther he created the prototype of the Romantic hero, and in Faust, Germany’s greatest contribution to world literature, he created a harrowing portrait of a man’s pact with the devil. 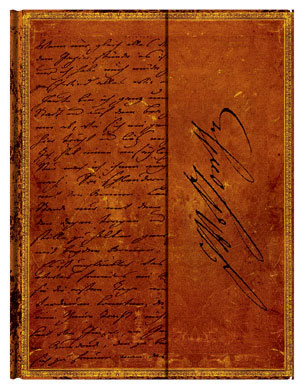 The legacy of Goethe’s immense life works (he initially studied law, served as adviser to the Duke Karl August in Weimar and was also director of the Duke’s famous Weimarer Theater) and his expression of new ideas continue to resonate to this day.

Reproduction of a Page from Goethe’s Famous Journal

In 1786, Goethe left for a two-year Italian journey during which he kept a now famous journal and wrote many letters to friends in Germany. A page from his journal is reproduced on this book cover.