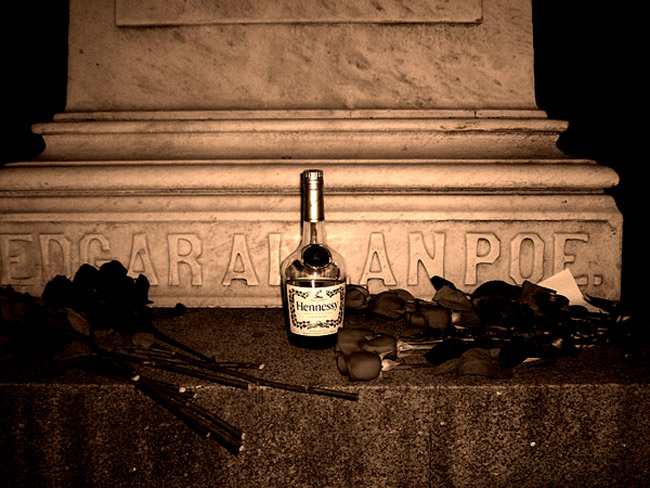 WBALTV is reporting that it’s official – Poe House and Museum curator Jeff Jerome has declared the “Poe Toaster” tradition dead. The notorious “Poe Toaster” is a man who, since the 1940’s, has been mysteriously visiting Poe’s gravesite every January 19th (to mark Poe’s birthday) and leaving three roses and a half-empty bottle of cognac. Without explanation the man didn’t show up in 2010. With 2011 now the second year in a row without a Poe Toaster appearance, Jerome has stated “it’s obvious that this tribute is over with, and we should let it die a peaceful death.”

It’s thought the “Poe Toaster” was integral to keeping Poe’s mystique alive as well as bringing international attention to Poe and the Poe House in Baltimore. It’s for that reason that Jerome wants to start a new way of celebrating Poe every January 19th. For more on that, as well as everything Jerome knew about the mysterious Toaster, read WBALTV’s article here. And to read about Paperblanks’ tribute to the late great writer, go here.