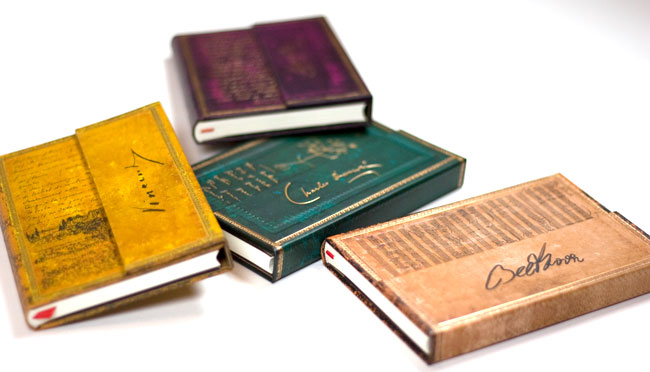 Every Paperblanks book is inspired by world art and culture, by traditional craft and practice, and by visionaries, rebels and artists across the ages. Paperblanks Stories is a blog series about the origins and stories behind some of our designs.

More than any of our other collections, our Embellished Manuscripts reveal the progression and mastery we’ve achieved in print press production.  Through a long period of experimentation and by using innovative approaches, we’ve put our own books through a significant evolution.

What we’re able to achieve now is a sublime rendition of the original manuscripts we work with. Trace the handwritten lines and you will feel bumps and ridges, the slight nuances that lend weight and texture to our book covers.

Our designs are as intimate as the artist’s own sleight of hand.

Being that we are book people, it’s been a natural thing for us to work mainly with literary manuscripts. One of our first Paperblanks series featured the handwritten manuscripts of American writers Emily Dickinson, William Faulkner, Ernest Hemingway and Gertrude Stein, and our first Embellished Manuscripts featured the original drafts of Shakespeare’s Sir Thomas Moore, Charlotte Brontë’s Jane Eyre, Thomas Hardy’s Tess and George Eliot’s Middlemarch.

How We Choose The Artists

Rebellious. Visionary. Prophetic. Brilliant. Virtuosic. Legendary. These are the traits we are drawn to when we look at an artist’s biography and body of work.   We first select the artists whose work and life history we want to study in more depth. Then we take the time to investigate before beginning the design process – sometimes this can take months, sometimes it can take up to a year or 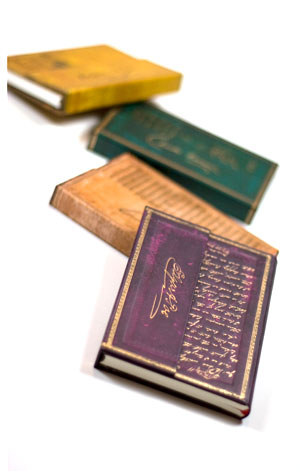 more.  We never rush it, preferring instead to let the process, and the insights into the artist, unfold naturally along the way.

Each of our Embellished Manuscripts has a story, and over the years our collection has grown to represent a rich tapestry of human talent.

When we look at our collection in its entirety, we can detect patterns in our choices.  We’re drawn to the Romantics and the so-called “mad” men and women who possessed uncompromising artistic vision and who were often ahead of their time with their views on society.

We like the innovators; the people who revolutionized and created new techniques in literature, art and music.

We’ve worked with what is considered to be Shakespeare’s only surviving manuscript. We’ve included Darwin’s Tree of Life and Freud’s Architektur der Hysterie. Our most recent additions include the manuscripts of William Wordsworth quoting lines from his now most famous “Daffodils” poem (“I Wandered Lonely as a Cloud”) and drafts of poetry by William Blake.  Blake may be revered today, but in his time he was scorned as a madman and was only recognised as an eccentric genius after his death.

What The Collection Represents

Wordsworth wrote, “The Poet binds together by passion and knowledge the vast empire of human society, as it is spread over the whole earth, and over all time.”   As only a poet could describe, his words fit our intentions for this very special collection perfectly. 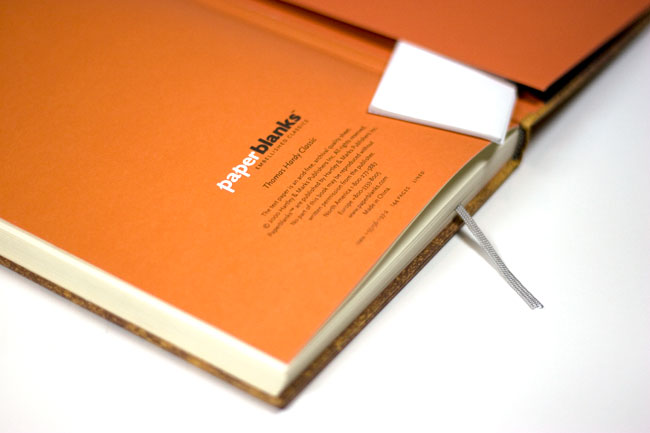 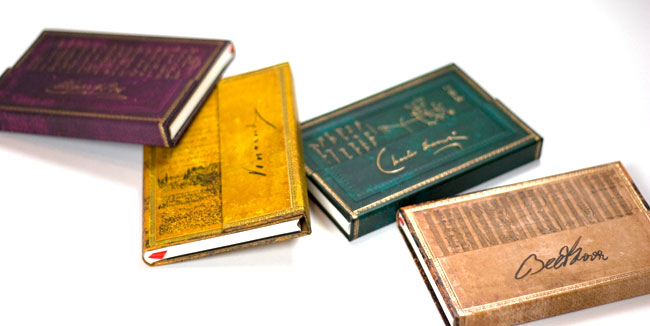 Paperblanks Team - August 1, 2012 0
To celebrate our 20th anniversary we're holding a new contest on our Facebook page that posits the question: What are the top Paperblanks® designs...